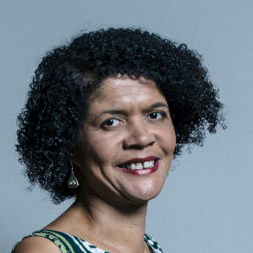 Labour MP, Chi Onwurah, was an electrical engineer before she entered parliament. It wasn’t easy being a woman in a male-dominated world in the 1980s — but have things changed much?

Before she became an MP — and Shadow Minister for Industrial Strategy, Science and Innovation — Chi Onwurah worked as an electrical engineer.

“It was a fabulous career,” she remembers. “I wanted to be an engineer or a scientist from the age or seven or eight. Maybe it was because I grew up in a region — the North East — where engineering was always respected. But I was also really curious and wanted to find out how things worked.”

30 years ago, as a black woman in science, I felt isolated

I was at conferences and the only woman in a room full of 200 or 300 men… It was important to know that my company would support me.

It wasn’t easy being a black woman in that environment, and having to deal with boorish, laddish, rugby club behaviour. “I went back to Imperial in October to deliver a Black History Month lecture on the importance of diversity,” she says. “But when I was there 30 years ago, the atmosphere in the (student) magazine was both sexist and racist. I felt incredibly isolated and under attack. I do remember being told that things would change over time.”

Today, she says, the picture in industry remains mixed: some female engineers tell her positive stories about their experiences — but others have negative ones.

Racist or sexist jokes were not unusual

After graduating in 1987, Onwurah’s engineering career began to take off. She worked for a number of private sector firms in the field of hardware and software development and product management; she completed an MBA at The University of Manchester and was appointed Head of Telecoms Technology at OFCOM. She thoroughly enjoyed her time at the sharp end of STEM and was always fortunate to work for companies that were — almost always — supportive of women.

“I had some great male mentors and champions who offered me encouragement,” she says. “That was incredibly helpful when I was at conferences and the only woman in a room full of 200 or 300 men. At the conference dinner there would inevitably be sexist or racist jokes. It was important to know that my company would support me.”

You must speak up; don’t let others’ attitudes hold you back

Luckily, Onwurah was not usually shy in coming forward. “I was very stubborn and quite bloody-minded. But, also, as a socialist, I believed fundamentally that I was equal. When I was at Imperial, I remember some of the young men saying that women were only at the university to find rich husbands. I wasn’t going to let that type of attitude defeat me.”

Innovation comes from diversity of thought.

If you’re in the minority because of your race or gender, it’s imperative to speak up and speak out — but that isn’t always easy, admits Onwurah. “You can only do it if you have enough confidence,” she agrees. “And the fact is that if you’re the only woman at the table, you’re less likely to speak up. As I grew older, that changed for me.”

Onwurah also became more pro-active in progressing her career, and would apply for jobs even if she didn’t have every skill listed on the job description. “It’s important not to put the emphasis for that type of change on under-represented groups,” she says. “The business culture has to find ways to welcome and encourage different applications.”

The economic argument for diversity

The numbers of women studying engineering have grown since Onwurah’s university days; but not in any earth-shattering way, which was one reason why she decided to stand for Parliament. “I realised that in the course of 30 years the numbers of women (on engineering courses) had gone from 12% to just 13%.” Chi is now chairing the All-Party Parliamentary Group (APPG) in Diversity and Inclusion in STEM to drive this mission forward. She is leading the way to creating tangible policy change to make STEM recruitment more inclusive.

Yet, it’s a matter of fairness and social justice that everyone — whatever their gender or race — should have access to high-flying STEM careers, says Onwurah. Thankfully, industry is starting to see the economic imperative of diversity.

“Innovation comes from diversity of thought,” she says. “If everyone came from the same background and went to the same kind of schools, then a company would have less innovation and less resilience to respond to market changes.”

Find out more about Chi’s work at britishscienceassociation.org