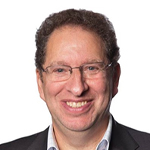 chief executive of the Association of Employment and Learning

The political profile of Apprenticeships has never been higher as we celebrate this year’s National Apprenticeship Week. Ministers and MPs will be attending events and visiting employers with apprentices all over the country as we near the end of a Parliament that is likely to have seen the creation of approximately 2.2 million new places on the flagship skills programme.

The success of the programme over the last five years has been a story of true partnership. Employers, training providers and government have all played a key role in making Apprenticeships relevant and valued at all ages, all levels and in all sectors. Both government and CBI commissioned research have regularly found 80%+ satisfaction ratings among employers and apprentices with the programme. The National Audit Office found an £18 economic return for every pound of government investment in Apprenticeships and the Business Department has identified significant wage premiums to be gained by apprentices who complete their programmes at levels 2 and 3.

If re-elected, the government wants to build on this success with 3 million additional Apprenticeship opportunities generated over the next Parliament. The Association of Employment and Learning Providers (AELP) estimates that this would require an 8% increase in starts a year and during a period when further cuts in many areas of public expenditure are expected, it will be necessary for the Apprenticeships budget to be protected. Labour also has plans for the programme to grow with its latest proposal being a guarantee for 18 year olds with good A levels to be able to have a place at university or on an apprenticeship.

The important thing to remember in the midst of this political goal-setting is that Apprenticeships are real jobs which come from employers and so the desired extra places also need to be created by them. At the same time, a drive to increase numbers must not be at the expense of losing programme quality which ensures the learner’s competence and embeds core employability skills.

The current government has embarked on a process of reform for Apprenticeships which embraces new standards and how they are to be funded in the future. Related to the ambitions set for the next five years is a shared objective that we need more employers offering opportunities on the programme. The government says that this means giving employers more purchasing power over the training support they require. AELP maintains that employers have always been in the driving seat of apprenticeships. All apprentices are employed, so it is the employer making the decision to employ an apprentice and deciding which apprentice framework and which training provider to work with that drives the programme.