It’s a common misconception that apprentices are young people eager to land their first job. In reality, it’s a great way to start a new career regardless of age or circumstance. For older workers and people with disabilities, there are a huge range of benefits.

By Amanda Straw, Communications Directorate, Department for Work and Pensions

With no upper age limit for an apprenticeship and with life expectancy continuing to rise, many people are considering working later in life to maintain their health and well-being, and enjoy the life style they want.

Meanwhile, for employers, older apprentices bring in new experience and expertise. This also opens the door to a new pool of talent to help them fill vacancies and strengthen their workforce. 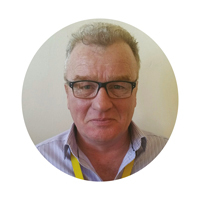 One training and recruitment provider employed 57-year-old George Etchingham as an apprentice. George already had 45 years’ experience in retail, starting part time work in the retail sector when he was just 12 years old. George chose to take redundancy from his last employment and, after having been out of work for a year, he decided to return to the labour market. While George never expected to be embarking on an apprenticeship at this stage in his career, he found the experience to be hugely valuable. Now that his apprenticeship is coming to an end, he’s moving into a permanent role as a Teaching and Learning Support Officer with the same company. In fact, in this new role, George will be working directly with other older people who are looking to return to employment. For Gaye Hutchinson, the CEO of his organisation, “the apprenticeship route benefits both us and our employees.”

Another business delivers professional catering training programmes for adults affected by homelessness. Their flagship programme is a 24-month apprenticeship in professional cookery and is hosted at their social enterprise restaurant. More than a quarter of these apprentices are over the age of 50 and in the words of one new apprentice, it offered “the opportunity to change career direction at 60 years old.”

Meanwhile, the UK’s largest childcare provider supports around 2,000 apprenticeships each year. Lynn Ashby, aged 50 is one of them who, having worked in a nursery when she was younger, wanted to take the opportunity to be professionally qualified. Lynn is now working towards completing a Level 2 apprenticeship.

Of course, it’s not just older workers who benefit from apprenticeships. Robert, who has learning difficulties, is undertaking an apprenticeship at a global healthcare company. To help support Robert, the company has teamed up with a local college to design a two-year, bespoke apprenticeship that meets the needs of both Robert and his employer. At the end of Robert’s apprenticeship, there will be the opportunity for permanent employment.

We continue to see more and more employers benefiting from hiring apprentices across a range of ages, circumstances and backgrounds. At the same time, we are also hearing from employees who have benefitted from the opportunities, experience and new skills they have gained from an apprenticeship. And that’s the most rewarding bit. Knowing that an apprenticeship has allowed someone to embark on a brand new career.