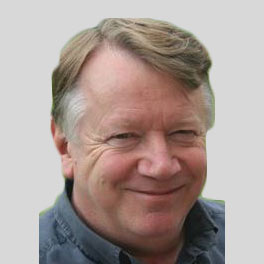 Head of Higher Education Programmes at the Tech Partnership

What is the best way to get into a career in tech? An increasing number of universities have linked up with companies to allow students to get the best of both worlds – university and the workplace.

One of the most important initiatives in recent years in tackling the skills shortage in the IT industry is the introduction of the Digital and Technology Solutions Degree Apprenticeship, which was launched by the Tech Partnership and nine universities in September 2015. “Lots of young people believe they have to have a degree for a successful career but they want to go into work straight after school, so this offers the chance to combine the two,” says Bob Clift, Head of Higher Education Programmes at the Tech Partnership. “It offers a fantastic opportunity to go directly into the workforce at the same time as studying at a high level, and the individual doesn’t need a student loan as it is funded by the workplace and the government. Until about five years ago few could join the tech sector without a degree, but this programme means apprentices can earn a salary, take an academic degree without incurring any debt, and also have over four years of work experience.”

The new apprenticeship offers one entry point but six specialisms, which the apprentice will choose in tandem with his or her employer. The areas are Business Analyst, IT Business Analyst, IT Consultant, Software Engineer, Cyber Security Specialist and Data Analyst, and anyone who does any of these specialisms will have the skills needed to develop a career in a tech role. It is estimated that between 320 to 330 student apprentices have currently enrolled, while the universities offering the qualification are Aston, Greenwich, Manchester Metropolitan, Northumbria, Queen Mary University of London, Roehampton, Sunderland, Winchester and Ravensbourne College. A wide range of companies were consulted to establish the skills required and include IBM, John Lewis, Ford, GlaxoSmithKline, Lloyds Bank, BT, HMRC and Capgemini.

People looking to take up a tech career have a choice of three apprenticeship levels: Intermediate, which is equivalent to five good GCSE passes; Advanced, equivalent to two A-level passes; and Higher Apprenticeships, which is the category this new degree apprenticeship falls into. “This encompasses academic levels four, five and six and carries with it similar entry requirements as going to university for a full-time degree,” says Clift. “The Tech Partnership has accredited the universities as Tech Industry Gold for the quality of their content and delivery, and has also worked with the companies to decide what the apprentices should study.”

There remains a skills shortage in the area, as the message still needs to get through: the tech industry is not a sector apart from everything else, but a crucial foundation to almost every area of life. “Technology is fundamental to every part of the business process,” says Bob. “A bank can’t function if its IT fails. Airlines say that it’s IT that keeps planes in the air. Tech underpins everything from fashion designers to retailers and digital marketing is now being considered as a possible future apprenticeship. People working in the tech sector deliver a huge amount to the economy, and yet we are facing a massive skills shortage. Degree apprenticeships are a great way to tackle this.”