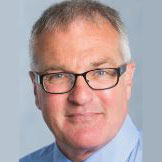 At Prospects we’ve always stressed that although a degree is generally a passport to better employment outcomes, a university education should never be an automatic response for those 18-year-olds leaving school.

Historically, alternative options included paid employment, either full-time or part-time, or with an element of education, or even a gap year, but none of these routes have felt like a joined-up alternative to university.

The change to the university funding landscape with annual fees reaching £9,000 certainly changed the equation and the increase in the number of paid apprenticeships is providing a viable alternative to many school leavers.

Last year we asked nearly 1,500 under 18s about their thoughts and plans for their careers and further education. One in five planned to go straight into work or an apprenticeship.

Revival of our apprenticeship system is further evidenced in the government’s latest statistics that show in 2014/15 there were 499,900 apprenticeship starts in England, that’s 14 per cent more than the previous year, marking the first year that numbers have increased since 2011/12.

We can see why apprenticeships can be so appealing. Take two 18-year-olds. After three years one graduates with in the region of £50k of debt and starts out in a career that may or may not attract an initial salary that eats into that debt. Compare this to an apprentice who takes an annual salary of £10k, after three years they’ve earned £30k, making them £80k better off than their contemporary.

Apprenticeships with clear industry links and good viable career paths can provide solid alternatives to university. But as well as providing a way to earn and learn, they can also act as a stepping stone to enter higher education at a later stage, maybe with the support and sponsorship from their employer – providing a different career track to a traditional graduate pathway.

Apprenticeships can be attractive to school leavers whose talents aren’t particularly academically inclined, but who need a helping hand to a higher-skilled area of the labour market. For those whose personal circumstances mean they need to start earning as soon as possible. Or people who want to try-out a particular craft before making the bigger commitment and investment in higher education.

If you are exploring your options, the Chamber of Commerce, local further education colleges and the Department for Employment and Learning as well as www.apprenticeshipsnews.co.uk and www.prospects.ac.uk are all good places to go for further information.