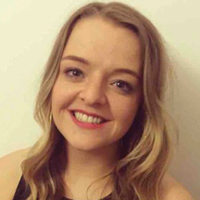 98 per cent of those asked stated that university was the most talked-about option in schools as the route to follow after finishing their studies.

School leavers primarily hear about university in conversations surrounding their future careers.1 In fact, 98 per cent of those asked stated that university was the most talked-about option in schools as the route to follow after finishing their studies. Yet there are a host of alternatives available to students that perhaps feel that university is not the right route for them.

In her recent speech in Derby, Theresa May noted the idea that “university is really the only desirable route,” is, “outdated.” She encouraged the government to think outside the box and plough energy into making clear the value of the alternative routes available to every young person in the UK, irrelevant of their background or previous education.

The idea that ‘university is really the only desirable route’ is outdated.
Theresa May

May, keen to break the stigma surrounding apprenticeships, stated that apprenticeship schemes should not be seen as options only for ‘other people’s children’. The fact is that perceptions are already changing. Milkround research revealed that in the last year, the perception of apprenticeships improved amongst 42 per cent of school leavers questioned. The ability to earn money while working towards a recognised qualification is both hugely attractive and practical for a lot of school leavers.

With one of the most expensive university educations in the world, higher education at university is not a reality for a lot of families in the UK. The average cost of sending a child to university is £51,000.* Parents who save their child benefit every year for 18 years could still be almost £40,000 short of the money needed to supplement tuition, books, travel and overall cost of living for their children.

But why should futures have to be impacted by finance? Attempts are now being made to encourage businesses to recruit more apprentices, starting with the Apprenticeship Levy that came into being in May 2017. This could potentially close the skills gap and give young people greater power to choose the path that is right for them, without having to compromise on the type of career they dream of.

Milkround has identified the most sought-after industries to move into for school leavers. The top five industries are: medical and pharmaceutical, science and research, education and training, media and publishing and legal.

Traditionally, apprenticeships were geared towards manual work. Because of this, many people still assume this career route is only viable for electricians, plumbers, or similar. Although these more “traditional” apprenticeships still exist, the government’s most recent Apprenticeship Briefing Paper shows the multitude of sectors out there now. The most popular apprenticeships are health, public services and care; business, administration and law; retail and commercial enterprise; and engineering and manufacturing. As a whole, modern apprenticeships offer a range of relevant and exciting options for those looking for a route other than university, shining a light on multiple career pathways.

Elizabeth Hunt, Marketing Manager for Milkround, said: “We need to continue to raise awareness of all routes available following school, and make sure apprenticeships are seen as an equally viable option for students working towards a successful future career.”

“Ensuring young people understand all of the options available enables them to make choices that are right for them, rather than following the route they perhaps feel they ‘should’ be going down.

“On top of this, the invigorated push for apprenticeships of a high standard means those that had previously felt higher education was inaccessible to them are able to think again.”

1 According to recent research conducted by Milkround