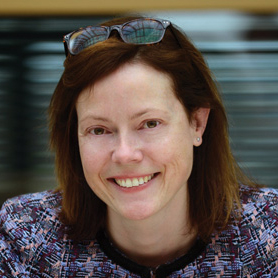 The perception of engineering Apprenticeships changed. Young people and employers have realised that this is a valid route into the engineering industry.

“The engineering industry has a long Apprenticeship heritage,” agrees Ann Watson, Chief Operating Officer of SEMTA, which represents 128,000 British Advanced Manufacturing and Engineering (AME) companies. “Yet five or 10 years ago, employer focus was squarely on recruiting graduates. That’s changed — and now Apprenticeships are increasingly viewed as a valid route into the industry by young people and employers alike.”

The size of the skills gap within the engineering sector is one reason for this shift. “The industry needs to recruit in the region of 82,000 engineers and technologists by 2017,” says Watson. “That is REALLY focusing employers’ minds. By recruiting apprentices into their organisations, employers have been seeing added value more quickly.”

The stereotypical ‘oily rag’ view of engineering is also changing. “Young people are realising that it can be a clean and clinical sector to work in,” says Watson. “And it’s becoming clear that you can go on to gain a degree after your Apprenticeship. Plus, I think, young people know that graduating from university won’t necessarily guarantee them a job, these days.”

Importantly, engineering Apprenticeships are regularly being adapted to ensure that they meet the emerging needs of sector employers. “Five years ago, no-one had heard of composites,” says Watson. “Now Apprenticeships in composite materials are on the increase because manufacturers such as Airbus are using these types of materials to develop wings for the A380 and other aircraft.”

The 2012 Richard Review of Apprenticeships — which was commissioned by the Department for Business, Innovation & Skills — has also had a positive effect. “One of Richard’s biggest recommendations was asking employers what they wanted to see from Apprenticeship programmes,” says Watson. “So in two engineering areas — automotive and aeronautical — employers got together, facilitated by SEMTA, to ask each other what a good Apprenticeship should look like and what it should deliver.” There will be soon be a second round of employee engagement for other areas of the industry, such as railway engineering and advanced manufacturing and engineering. “It is a bit like turning a supertanker,” admits Watson, “but it’s changes such as these that have made young people recognise that an engineering Apprenticeship is a great career choice.”