Encouraging more women into the STEM industries starts at school, says one head teacher, who inspires her pupils by connecting them with sector role models and by challenging stereotypes. 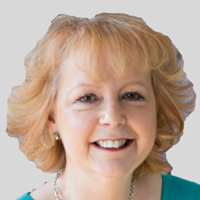 Recently, Julia Harrington, Headmistress of Queen Anne’s School — an independent boarding and day school in Caversham, Berkshire — saw a statistic that alarmed her. “In 2017, only 23% of people in core STEM occupations were women,” she says. “That’s shocking. That these industries have had a wide gender gap in the past is perhaps well known.  The fact that the problem is still so acute needs addressing, which becomes very obvious when you look at the small number of women in top jobs in STEM companies.”

Harrington also points to research carried out by the IET (Institution of Engineering and Technology) four years ago, which found that only 1% of parents would recommend engineering to their daughters. That has to change, so it’s time to break the stereotype, she says. “The fact is, we don’t just need ‘more women in science’. We need lotsof different women in lotsof different areas of science.”

Addressing this problem starts at school, says Harrington, where increasing numbers of girls and young women need to be encouraged to study science subjects. That means presenting science to them in a way that is both fun and fascinating. It also means moving away from the (false) belief that boys are better at maths and science than girls. “I think that goes back to an in-built, unconscious gender bias,” she says. “Although it’s more of an issue in mixed educational settings because girls tend to be more risk averse than boys — so there’s a temptation for them to sit back and let the boys answer the questions. But there’s simply no room for that kind of thinking in an all-girl classroom.”

In her own establishment, Harrington brings in leading industry role models to work with the pupils. “I’m a strong believer in connecting girls with cutting-edge scientific researchers who help them find solutions to real-life industry problems,” she says. “If pupils can get involved in real-life applications of science, they’ll realise that it’s a massive subject that touches all areas of our lives, and that scientists are just like everyone else. They’re not ‘geeks’. That way, girls are more likely to connect with it and be interested in it.”

Inspirational teachers can also encourage more young women into science. “They could be male or female,” says Harrington. “It doesn’t matter, as long as they can talk about science in an inspiring way. It’s about presenting science as a subject of wonder and making pupils go: ‘Wow!’”

This is critical because first-class science qualifications can help shape the future direction of careers. “There are so many opportunities in STEM,” says Harrington. “I tell pupils that it’s such a creative area in which to work. Scientists have to think of the impossible and make it a reality. And if that isn’t creative thinking, I don’t know what is.”