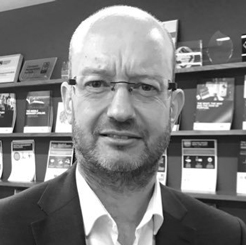 Degree apprenticeships are an innovation that allows learners to gain a full bachelor’s or master’s degree alongside their apprenticeship.

They have been developed by employers, universities and professional bodies working together and provide high-quality alternatives to the traditional, three-year university route.

Degree apprenticeships provide learners with an integrated experience of university education, practical learning at work and the chance to attain professional status.

The CMDA is the UK’s most popular degree apprenticeship, with over 2,000 starts in 2017/18. CMI worked with employers and education partners to develop the CMDA, which was launched in September 2015.

Four in five parents now say that degree apprenticeships are a good option for young people who are considering studying for a degree.

The CMDA equips students with the skills and practices that are in demand by employers: the CMI 21st Century Leaders report showed that seven in ten employers want management, enterprise and leadership modules integrated into all degree subjects to boost employability and a third of employers want students with professional qualifications.

Degree apprenticeships such as the CMDA are playing a key role in widening participation, boosting social mobility and improving diversity.

At CMI, we’re really proud that the CMDA is helping to build a pipeline of talented and diverse future managers and leaders.

Since the standards were introduced, over half of all CMDA apprentice starts have been female, around one in ten are from a Black, Asian or minority ethnic background and over two in five CMI CMDA apprentices come from the more economically deprived parts of the UK.

Over the last four years there has been a huge surge in the number of parents who have heard of degree apprenticeships: from 13% in 2016 to 43% in 2019.

Four in five parents now say that degree apprenticeships are a good option for young people who are considering studying for a degree, and around three quarters think they provide a better chance of getting a good job than a traditional university degree and are better value for money.

Young people agree. When we surveyed business and management students on their views of degree apprenticeships over the more traditional route, almost two-thirds (62%) think they are better “value for money” than a university degree, while 64% thought that they provide a better chance of getting a job.

Had they the choice, almost half believed they would have chosen an apprenticeship over a degree.