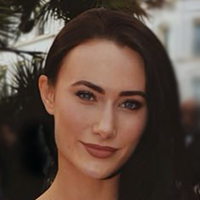 The greatest barrier to a students’ dream career is not only the level of competition or limited amount of experience in a specific field, but also a lack of confidence.

We delved into the minds of students and recent graduates, and found that 55% of students are most concerned about competition from other candidates preventing them from pursuing their dream career, (57% of which were female and 49% male), which was followed by a lack of experience.

More concerningly, 41% of females and 28% of male respondents stated that a lack of confidence holds them back – this shines a light on the fact that businesses need to aid and support students and graduates, in order to encourage them to apply for their roles.

Nevertheless, the same percentage of students state that their personal values impact their career choice just as much as the salary potential. This shows that a career path must resonate with a student’s beliefs.

Our research shows that during the process of a job search, students want more than just a summary of the role on a job description.

68% of students would like a job advert to include more detail of day to day tasks, to get a better picture of what the job will look like, as well as more detail on career progression and future opportunities.

More interestingly, students place a lot of value on mental heath schemes, with 44% of respondents selecting this as a sought after benefit that employers should be providing.

These insights were taken from the Milkround Candidate Compass Report 2018