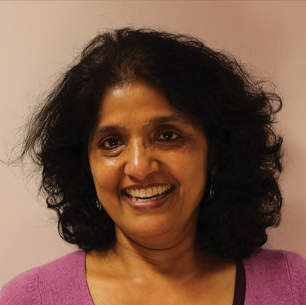 The creative and games sectors are growing much faster than the rest of the economy and yet there is still a huge gap in the skills needed. So what should schools do and how is the industry tackling the problem?

The creative industries is one of the most important driving forces in the UK economy today. It is growing at 9.9 per cent a year, three times the pace of the national average, contributes £76.9 billion and is responsible for 1.7 million jobs, equal to one in 12 in the UK and one in six in London. The wider creative economy meanwhile, namely the people not necessarily working for it directly but connected to it, employs 2.6 million. This means there is a great demand for relevant skills and that demand is growing.

“As NESTA has pointed out, the creative industries will produce one million new jobs by 2030,” says Seetha Kumar, CEO at Creative Skillset, which works to develop skills and talent in the industry. “It is an innovative and fast changing dynamic, creating jobs tomorrow that have not even been thought of today.”

Key to the skills required for working in the industry she says is a fusion of science, technology, education and the arts – STEAM. “Vocational knowledge is key,” she says. “Knowhow is as important as knowledge and skills are as important as qualifications.”

Throughout the industry organisations are working to provide the wherewithal necessary to provide the relevant training. “The British Film Institute has established a programme focusing on providing 16 to 19 year olds with concrete pathways into the industry,” says Seetha. “Some creative companies, including major Broadcasters, run talent development and work experience schemes. Apprenticeships are slowly on the rise.

Seetha believes that schools must take a more pro-active role in allowing a greater fusion in studying both technology and the creative arts as well as informing students about the possibilities of working in the industry, while at the same time emphasising the importance of networking. Digital career development networking platform Hiive (www.hiive.co.uk ) is already changing the way people in the industry make connections. These fusion skills are also important for the games industry, which overlaps heavily with film. “It’s not a question of either/or with art and science,” she says. “You need both!”