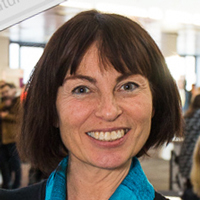 Getting a job in the TV industry isn’t easy — but it’s not the closed shop it used to be. There are numerous roles behind the scenes, and the best way in depends on the kind of job you want.

Once, if you wanted to get into TV, it helped to have good connections or an Oxbridge degree. Or preferably both. But not anymore insists Theresa Wise, Chief Executive of the Royal Television Society, the educational charity that promotes the art and science of television.

Behind the scenes there’s big demand for all kinds of talent.

“There’s now an understanding among broadcasters and production companies that it’s critical to get fresh talent and relevant ideas from everywhere in order to represent Britain as it is,” she says.

Not surprisingly, high profile TV jobs — presenters, directors, producers — are the ones that are hardest to break into. But behind the scenes there’s big demand for all kinds of talent, from production managers to set builders, from marketing executives to hair and make-up artists. Digital skills are highly sought after, too.

Getting some practical experience

A degree may help, but it’s not the only way in. In fact, the best route will depend on the type of role you want. “The idea that you have to come from a degree background isn’t true anymore,” says Wise. “Actually, it’s incredibly important to have practical experience, because this is an industry where qualifications are great, but a lot of training is done on the job.”

It’s therefore a good idea to approach companies to find out which ones are open to offering work experience. Internships are available via broadcasters and production companies, and many are aimed at diverse or low-income candidates. Some organisations also run — or are planning — apprenticeships.

“These are tough to get into in some respects,” agrees Wise. “But they’re aimed especially at people who have no access to the industry via family, income or some other connection. With TV you have to prove yourself, so get involved and be enthusiastic and willing to work hard.”